Elm Leaf Beetle (ELB) was accidentally introduced into Australia in the late 1980s. It has been an issue to the management of Elms in Australia’s eastern states for decades. ELB was confirmed in Adelaide back in 2011 and it has only recently established itself in the Adelaide Hills over the last few years.

Both the adult and the larval stage of ELB feed on Elm trees and can cause complete defoliation of a large Elm tree in the course of a single summer. 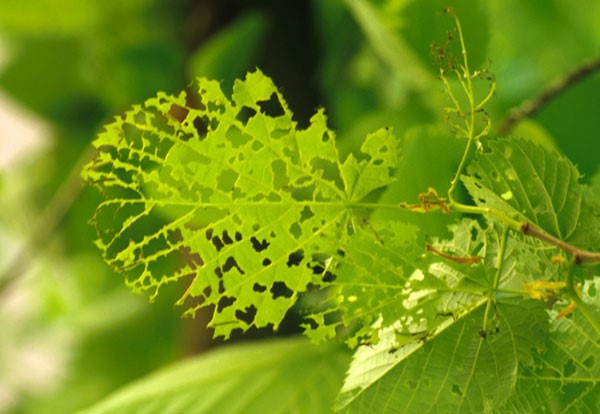 Why is it a pest?

ELB cause unsightly damage to Elm Trees as a result of the adult beetles and larvae feeding on the leaves. Repeated seasonal defoliation can cause a decline in tree health, reduced growth and an increased susceptibility to environmental stresses.

How do I identify the beetle? 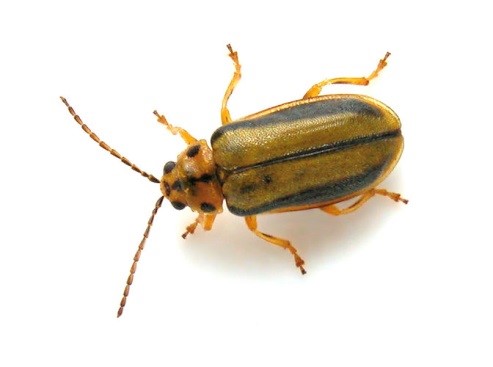 When and how should I control the pest?

Pest control is best undertaken throughout spring. Effective control methods include soil or trunk injection with a systemic insecticide. This lasts within the tree for a period of two, sometimes three years depending on efficacy of treatment and the size of the ELB population during the insects active months which is spring and summer.

How does the beetle damage elm trees?

Adults (beetles) spend the winter in sheltered places to emerge in spring and feed on leaves creating ‘Shot Hole’ damage. Females lay their eggs on the underside of leaves and when they hatch, the larvae destroy all but the veins of the leaves, creating a ‘skeleton’ effect.

When they are mature, they crawl down the trunk, where they collect beneath mulch and ground cover and transform to their pupa stage. They emerge as beetles, mate and fly to the leaves to deposit eggs just like their parents, which marks the beginning of the second generation. These new larvae feed, then crawl down the trunk when mature, to emerge as the second batch of beetles in December. The third generation emerges around January and causes the most damage.

Repeated, extensive defoliation over many years weakens and promotes decline in effected trees.

How is Council preventing damage caused by Elm Leaf Beetle?

A pilot Elm Leaf Beetle program was undertaken in 2016 which marked the first ever treatment of public trees within the district. There was 190 trees in this initial round, 18 additional elms have been treated since then.

Treatment to all trees is due again from September 2018, this may push next treatment to 2021 (lasting 3 summers).

Mount Barker District Council will be working to get treatment potentially to 5 year cycles with a combination of tree health (cultural) and chemical treatments.

How can residents protect elm trees on their private property?

While the Council is treating public Elms as outlined above, it will not be performing any treatment on trees located on private land. If you suspect that an Elm tree on your property may be suffering from this pest by observing the signs and symptoms above, we recommended that you seek advice from a qualified arborist as soon as practicable and ascertain the most appropriate method of treating your tree.